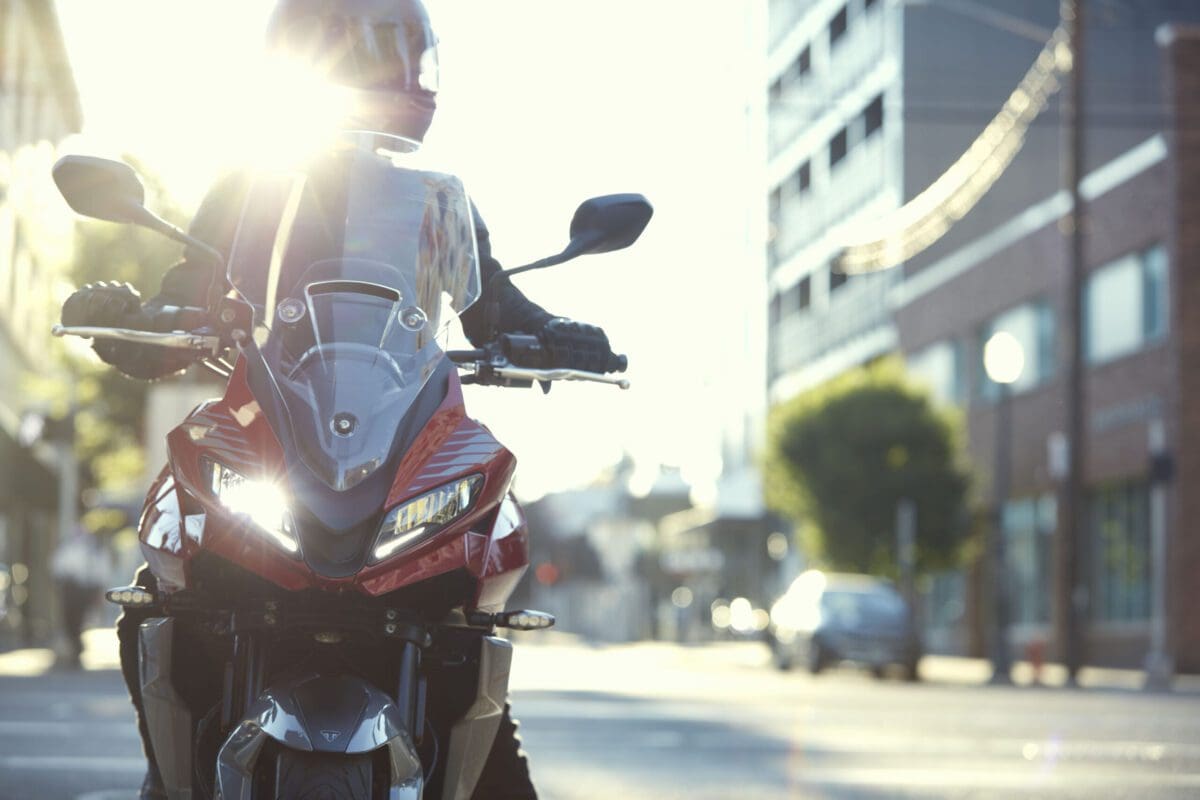 Triumph’s just released all the information about its new Tiger Sport 660 – and here’s everything you need to know about the smallest version of the British factory’s adventure bike-cum-sport tourer. 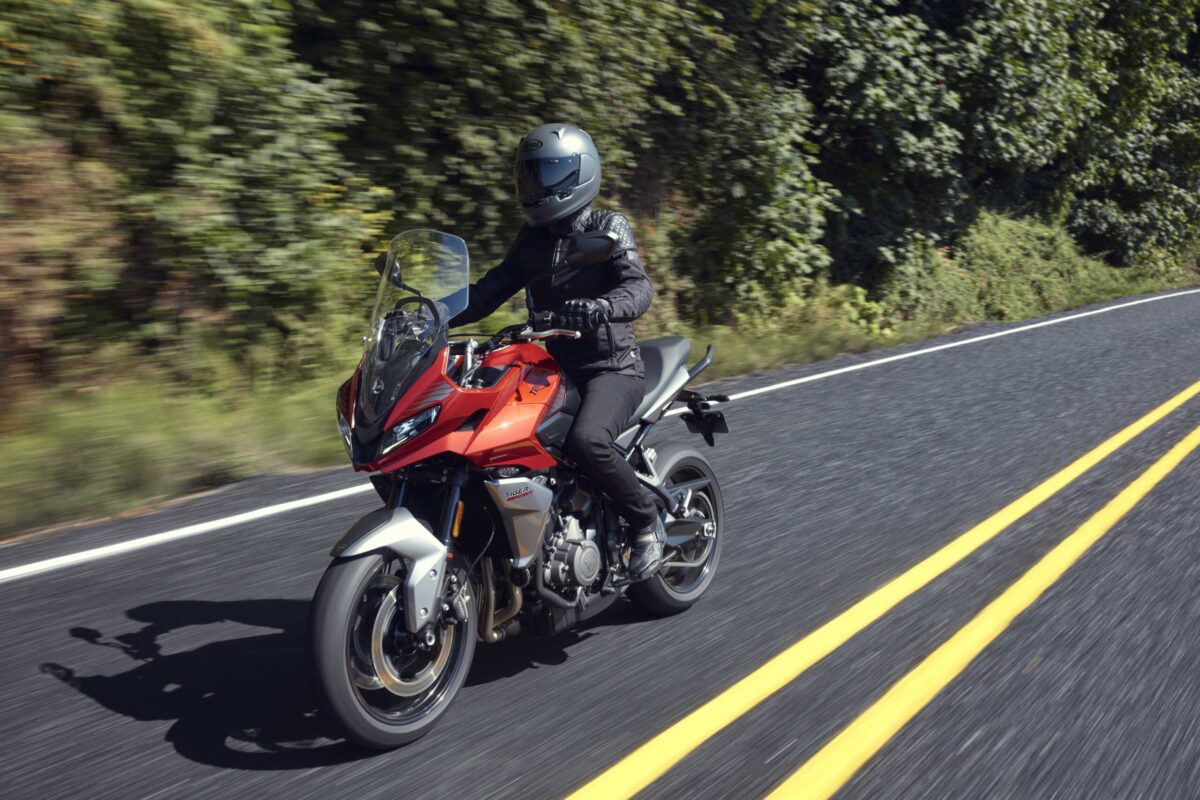 Powered by the same 660cc motor as the Trident 660, which was won widespread acclaim since its release last year, the Tiger Sport 660 kicks out peak torque of 64Nm at 6250rpm and peak power of 81bhp at 10250rpm. Triumph promises plenty of low down torque, ample mid-range performance and a pokey top end right up to the redline. Sounds good to us.

There’s a sophisticated engine management system with a ride-by-wire throttle, a 6-speed gearbox, a slip and assist clutch, Road and Rain rider modes (which adjust the throttle response and traction control settings), ABS and switchable traction control (which can also be turned off).

There’s a bunch of technology as standard too, including a new multi-functional TFT display, which has been designed to work with the My Triumph connectivity system (an added extra, sadly), which offers turn-by-turn navigation, GoPro control, and phone and music interaction.

Suspension comes in the form of a set of 41mm Showa upside-down cartridge forks at the front which offer 150mm of wheel travel, while a Showa monoshock with a dual rate spring and remote hydraulic preload adjustment looks after things at the rear. Stopping power is provided by Nissin 2-piston sliding calipers with twin 310mm discs up front, and a Nissin single-piston sliding caliper grabs a single 255mm disc at the rear. There’s a pair of 5-spoke, 17” wheels made from cast aluminium, which come shod in some quality Michelin Road 5 tyres to help you stick to the road no matter the weather.

The 17-litre fuel tank should help to provide plenty of miles of touring pleasure, while the aerodynamic screen can be adjusted using one-hand to help the rider find a position that suits them best while on the move. If you’re planning on doing some proper touring, Triumph’s made it easy to fit some of its own aftermarket luggage with the built-in pannier mounts. There’s also a 47-litre top box available, which offers enough space to accommodate two full face helmets.

There’s some good news about servicing too – Triumph’s keen to highlight that the Tiger Sport 660 benefits from the lowest cost of ownership in the category. That translates to 10,000 mile (or 12 month) service interval and a 2-year unlimited mileage warranty (which can be extended by 1 or 2 years). That’s a sure sign that Triumph’s confident in the quality of its bike. 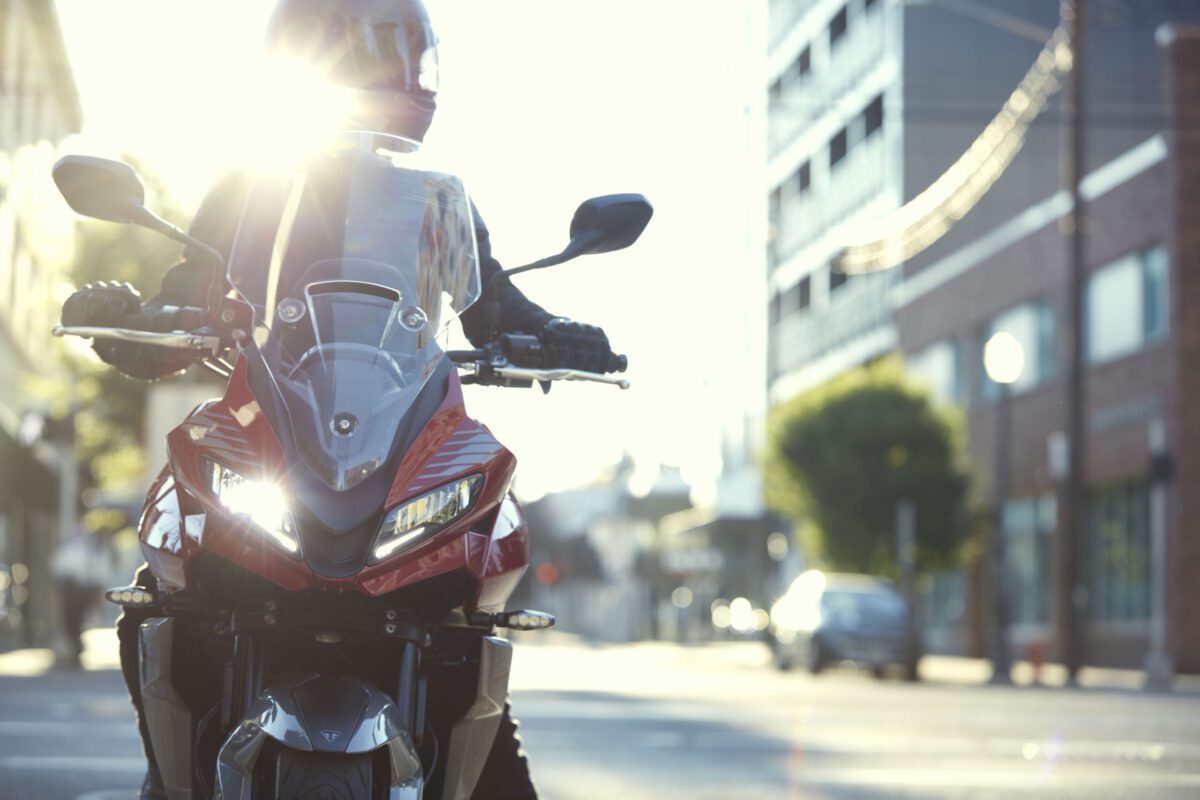 Priced from £8450 on the road and available this coming February, there’s no doubt that the British factory is up against some stiff competition in the form of Yamaha’s Tracer 7, Kawasaki’s Versys 650, Suzuki’s V-Strom 650 and maybe even Honda CB500X. But looking at the spec sheet and considering the success of its svelte sibling; the Trident 660 – it’s not difficult to imagine the new Tiger doing very well indeed.