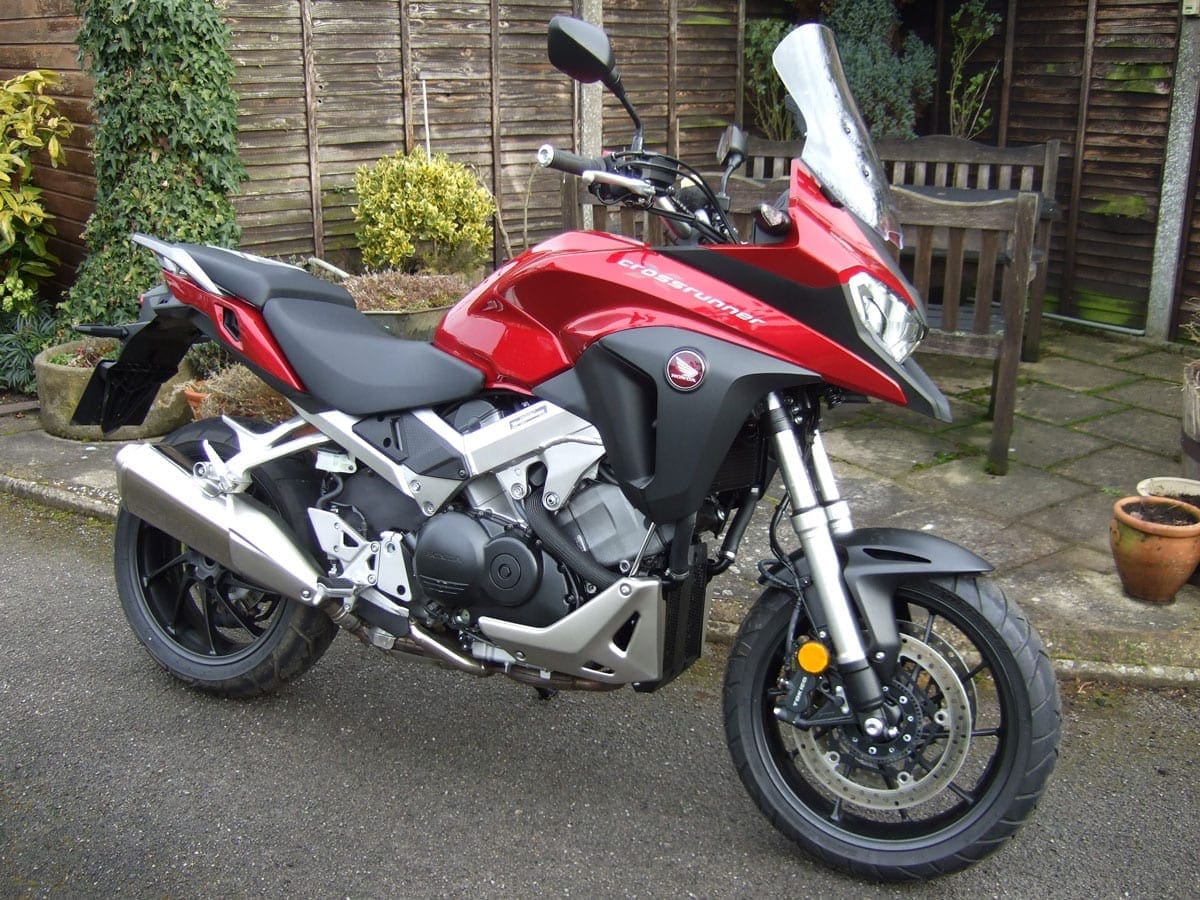 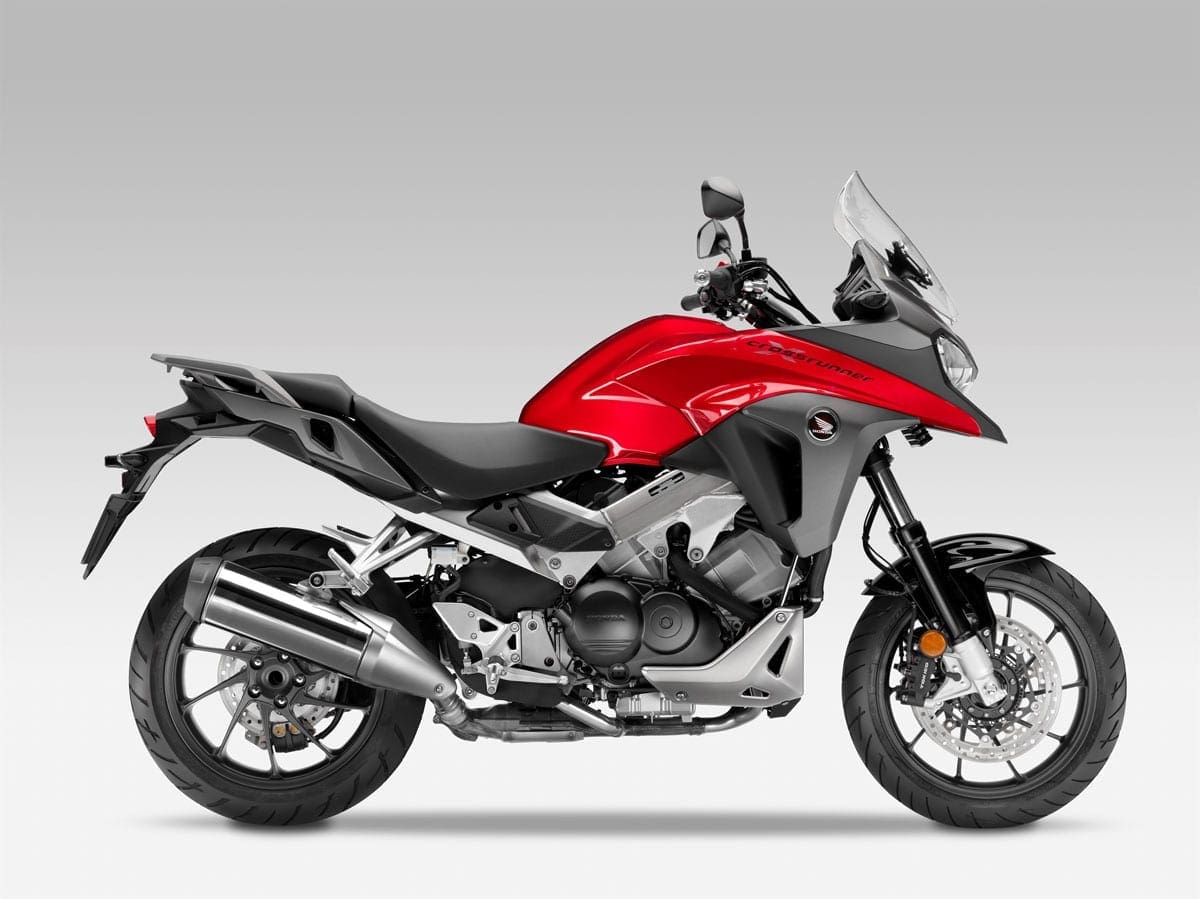 Roger’s first impressions of the Crossrunner are of a simple sportster with a touch of adventure.

My introduction to Honda V4 motorcycles was in 1983 when I purchased a brand new VF750F (yes, the ‘chocolate camshaft model’). Within 4k miles the camshafts were replaced under warranty and I had lost faith in the bike. I sold it privately to a guy who was going to ride it to Turkey – I often wonder if he made it!

Putting that experience aside, I am now preparing for my first ride on the VFR800X. First things first, fit the obligatory tennis ball with wet sponge on the handlebar, check tyre pressures, put seat in lowest position, plug in heated jacket to the accessory plug and off for a ride.

According to the dash the outside temperature was just 2C degrees – this wasn’t going to be a full-on ride, more of a familiarisation and several adjustments. Heated grips are fitted as standard (why aren’t all motorcycles fitted with them?) and today they are put to good use.

When switched on the maximum heat setting, the system shows number five on the dash, a further four heat settings can be made by repeatedly pressing the switch – nice and easy – no need to scroll through various settings. In the first few miles the five windscreen settings were tested to optimise wind blast – a simple two-handed operation whilst sitting on the bike at a standstill. In my case the highest position was chosen due to the cold weather, but I reckon in the summer the low position will be used more.

My love of long suspension travel found me backing off the spring pre-load on the rear suspension; an easy task using the adjuster knob situated behind the pillion footrest and carrying plate. I am still experimenting with the spring pre-load and re-bound adjustment on the front forks, which are both easily adjusted with the tools provided in the tool-kit. 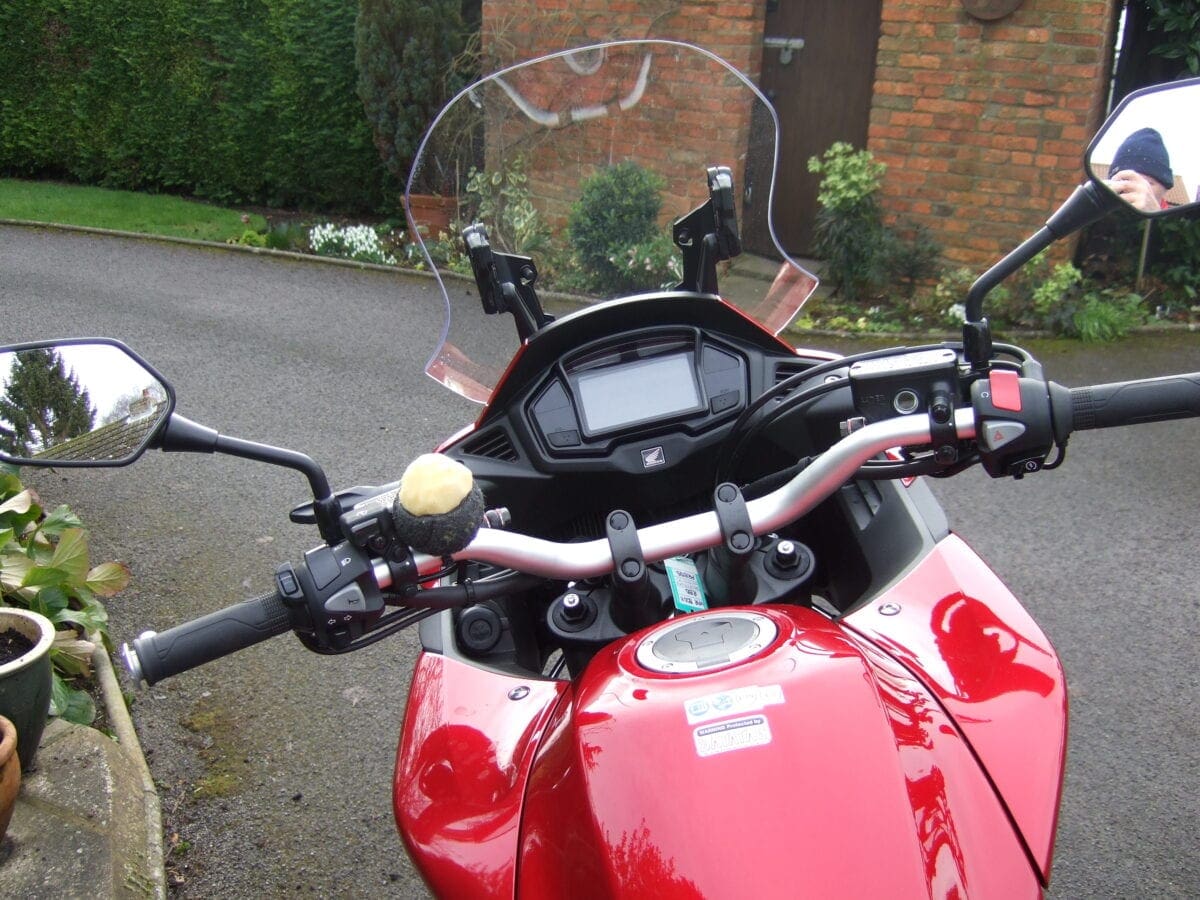 I like the simplicity of the electronics on this motorcycle. Electrickery on board consists of ABS and adjustable torque control that can be switched off. There are two torque levels, maximum and minimum, which can be adjusted whilst the motorcycle is at a standstill.

Each time the ignition is switched on the torque setting will kick in at maximum. Pity the selection button looks a bit of an afterthought.

So how does it ride?

Very easily, is the answer. The feeling is helped by the bike’s low center of gravity feel and low seat height. The growl from the exhaust is great and really kicks in when the VTEC takes hold (just over 6K). After a while the clutch feels a tad heavy, but as clutchless gear changes are par for the course with this gearbox it’s hardly worth mentioning.

In reality, this familiarisation ride of just 120 miles is hardly going to sway my feelings on this motorcycle either way. Given time to set the front suspension and some goodies fitted to enrich the riding experience, all should make for a good long-term relationship.