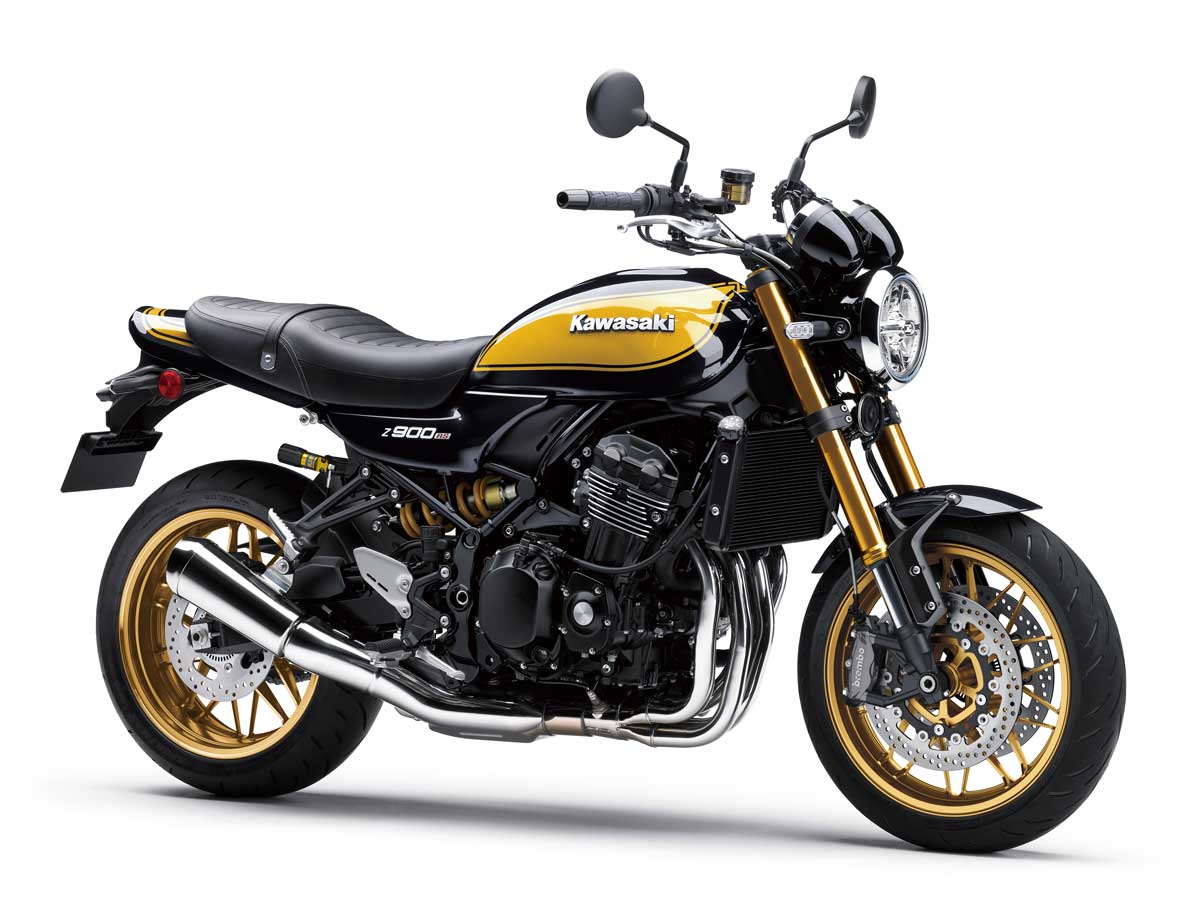 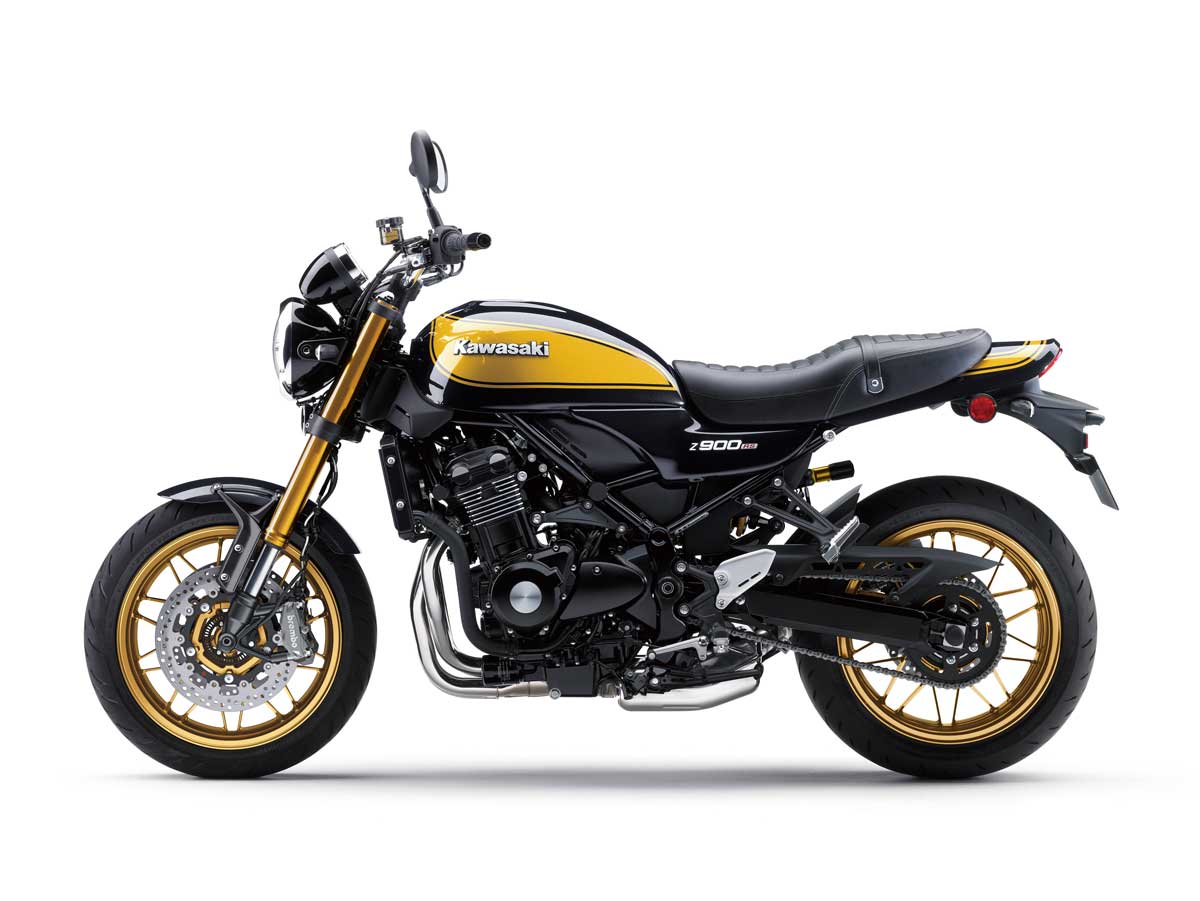 The Japanese factory say they are re-energising one of their most sought-after paint schemes from the 1970’s, the ‘Yellow Ball’ livery of the original 1972 Super Four model.

The modifications do not end there. The Z900RS SE comes equipped with other quality specification upgrades including changes to suspension and braking components.

The Euro5-compliant SE model features an Öhlins S46 rear shock with preload adjuster. Featuring an aluminium body with single-tube construction, the large ø46 mm piston plus internal air and gas chambers separated by a floating piston result in a superior sense of grip and handling. 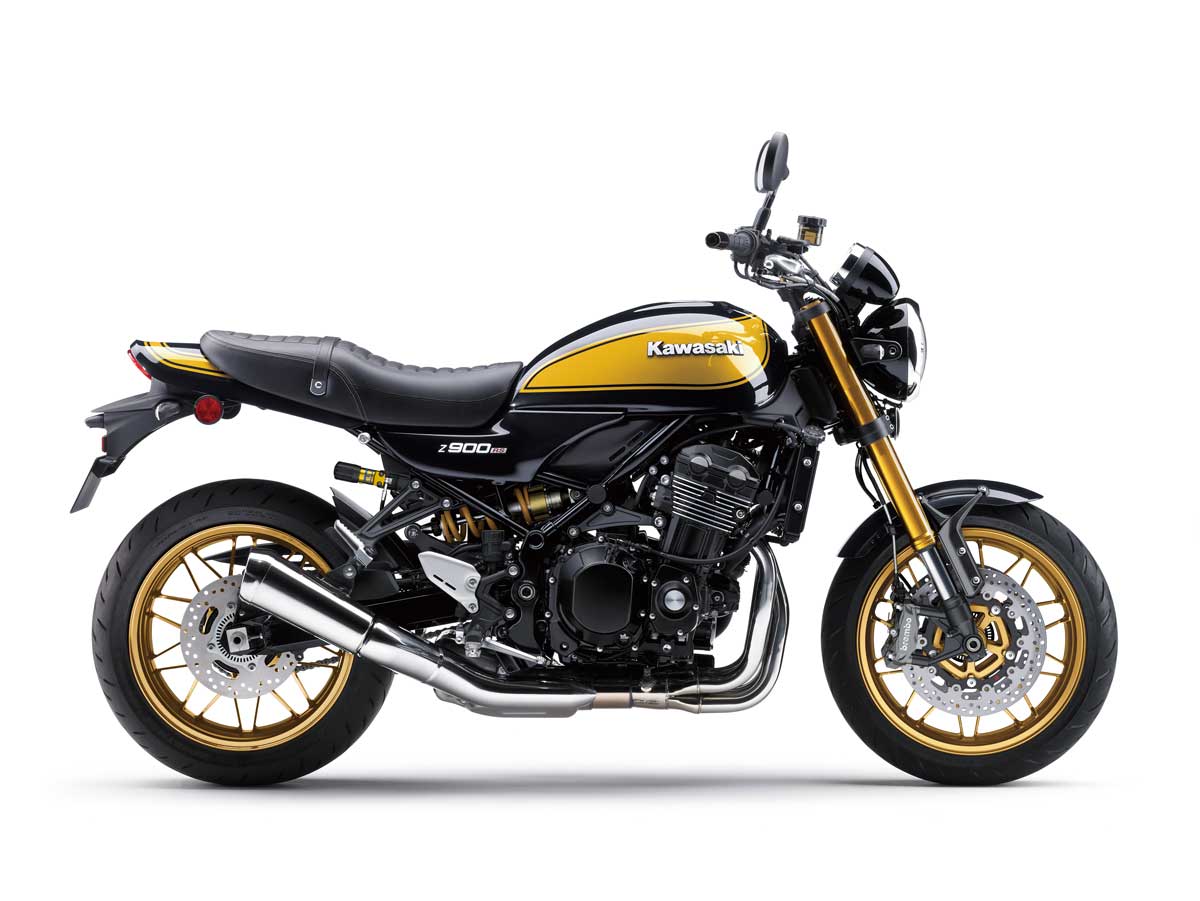 Up-front, changes have also taken place with the 41mm inverted front fork not only resplendent with gold-coloured outer tubes but with standard settings refined to create an ideal balance of front/rear poise and reaction across the whole range of suspension travel.

Braking too has seen a change with the adoption of a Brembo caliper and rotor package for the front end. The twin ø300 mm Brembo front discs are gripped by Brembo M4.32 radial-mount monobloc calipers served by a smaller-diameter Nissin radial-pump master cylinder (down to ø17.5 mm from the ø19.1 mm on the standard model) activating braking action through stainless-steel braided lines delivering greater stopping power while offering linear progression when operating the lever. 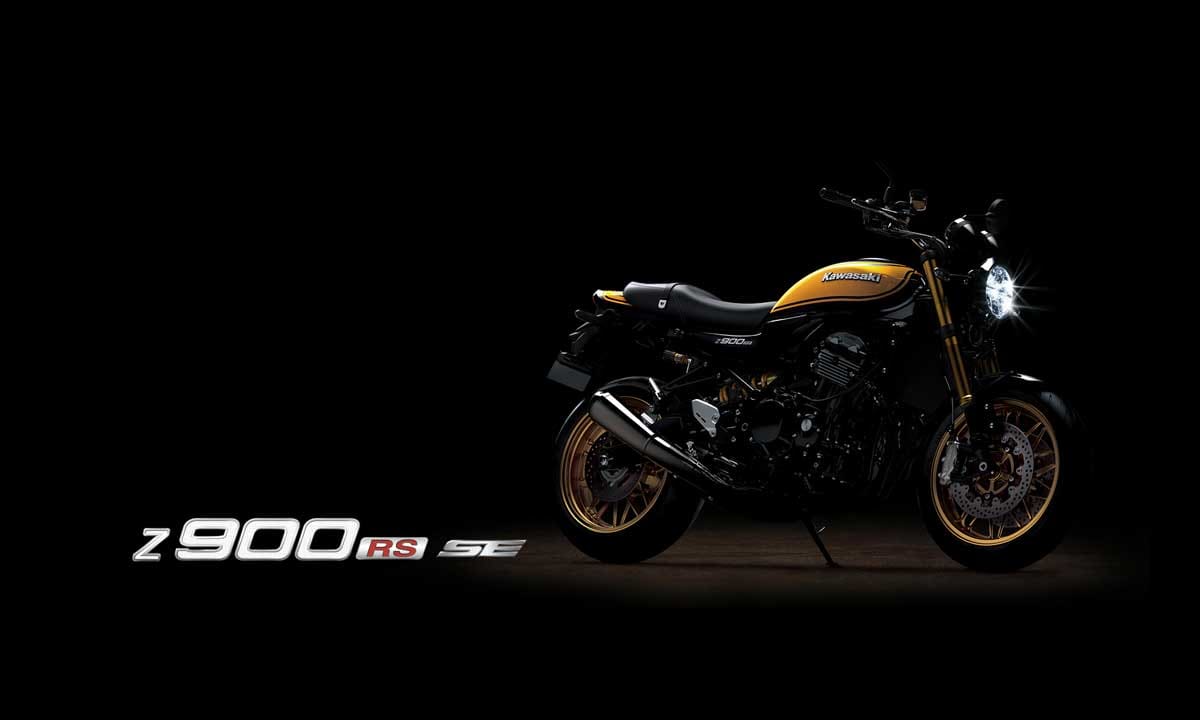 Cosmetically, the Z900RS SE, which features the “RS” letters of the model logo on the side covers finished in red, is differentiated even further via black alumite radiator side covers and FI cover plus gold coloured multi spoke wheels.

The “icing on the cake” of course is the so-called “Yellow Ball” paint scheme pulling on the heart strings of dedicated Z1 fans plus legions of new riders attracted to the ever-growing retro sport scene willingly immersing themselves in Kawasaki’s decades of unique Z heritage.