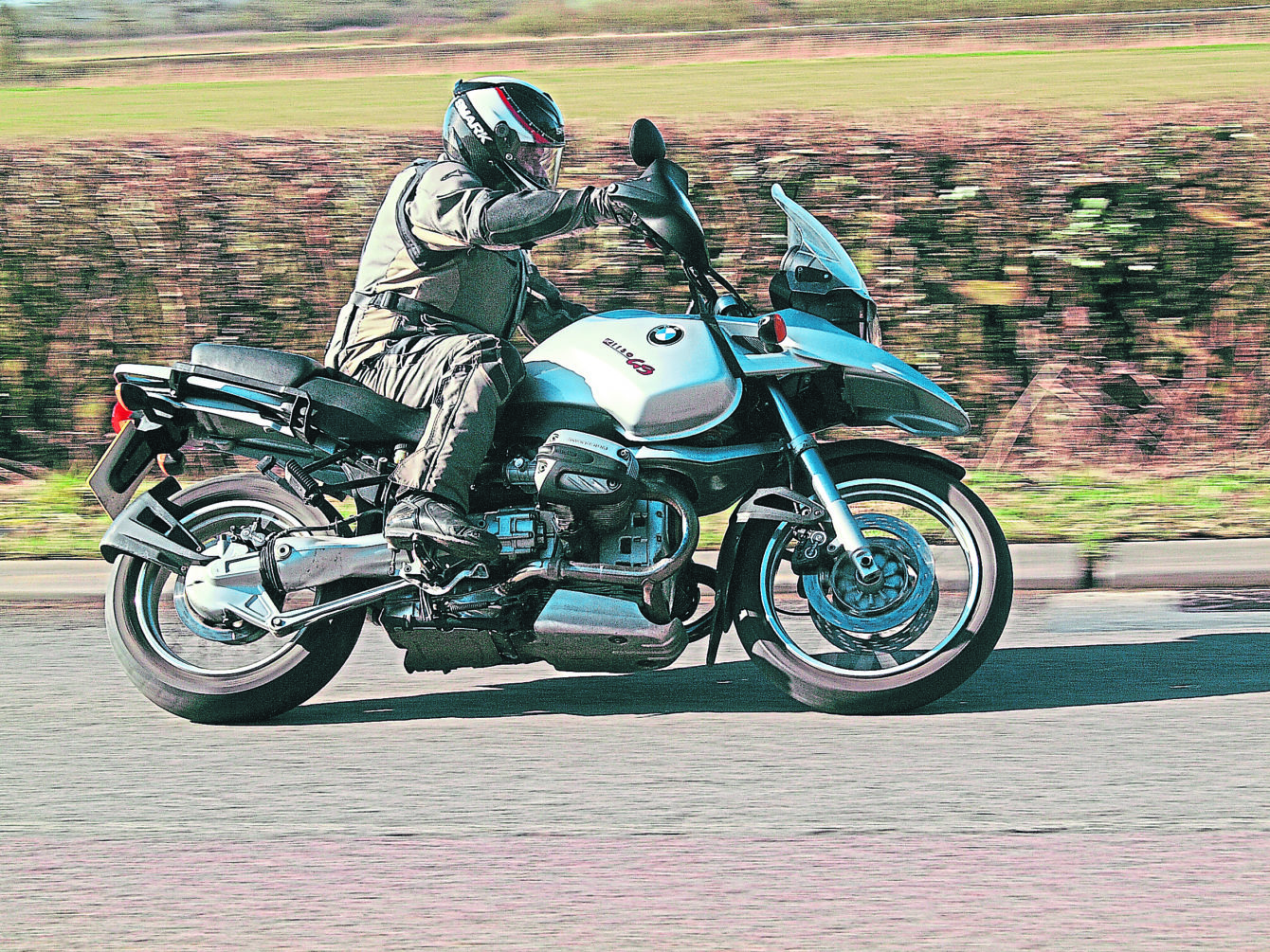 Q: I am an IAM instructor and have also done my ROSPA gold so I know how to ride and have great observational skills, even if I do say so myself. Two months ago I went out on my own to blow away the cobwebs. About an hour in I came up behind a large beer delivery lorry. Despite being a 60mph limit, this plonker was trundling along at about 20mph. He seemed a bit hesitant. I followed him for about 500 yards and once I’d established it was safe to overtake (the road straightened up) I opened up my BMW R1150GS to make progress, as you’re meant to, and get past him. However, as I was alongside, he just hooked a right and smashed me off, sending me into a pub garden, thankfully missing the punters sat on benches enjoying the sunshine. As I had bust my foot, an ambulance was called and whilst I was in the back, the old bill turned up. Long story short, unbelievably, I’m the one now getting done for driving without due care and attention. The lorry driver reckons he had slowed sometime before because he wasn’t sure where the pub was (it turns out he was making a delivery there). He also said he was definitely indicating before he turned right. The Police also have two witnesses who say he was indicating but I didn’t see it and I’m sure I would have done being an advanced rider. I think they’ve all made it up, being anti-biker.

I would just add that I’ve been riding for 40 years and that alone should put me in good stead, bearing in mind the driver was only about 30 years old and therefore inexperienced in comparison. Plus, he should have checked his mirrors before manoeuvring, making this entirely his fault in my view. Can I defend this?

A: Yes, you can defend this, if you want to. Whether that is a clever idea is another question as I will get to shortly. In England and Wales, it is enshrined in law that you have an absolute right to defend any allegation against you. To be successfully prosecuted for driving without due care and attention, the Crown Prosecution Service (CPS) needs to prove beyond a reasonable doubt that your riding fell below the standard expected of a competent and careful rider. If it can’t do that, you will be found not guilty. Now, whilst this may be a bitter pill to swallow, even the most experienced and qualified riders make mistakes. Why? Because we’re only human. From what you’ve said, it does appear that at the very least, you should have been on notice that the lorry driver may have been looking for a delivery address just from him driving slowly and hesitantly, and that overtaking may have been risky. If we couple that with two witnesses who say he was indicating, it appears you’ve made a mistake and your ‘great observational skills’ have let you down on this occasion. If the Court heard and accepted the lorry driver and witnesses’ evidence, I suspect you would be found guilty. My advice is plead guilty and try to obtain the most lenient sentence possible which is likely to be points and a fine. If you go not guilty and then lose, the punishment and financial cost to you will be a lot higher I suspect. However, it’s your choice.