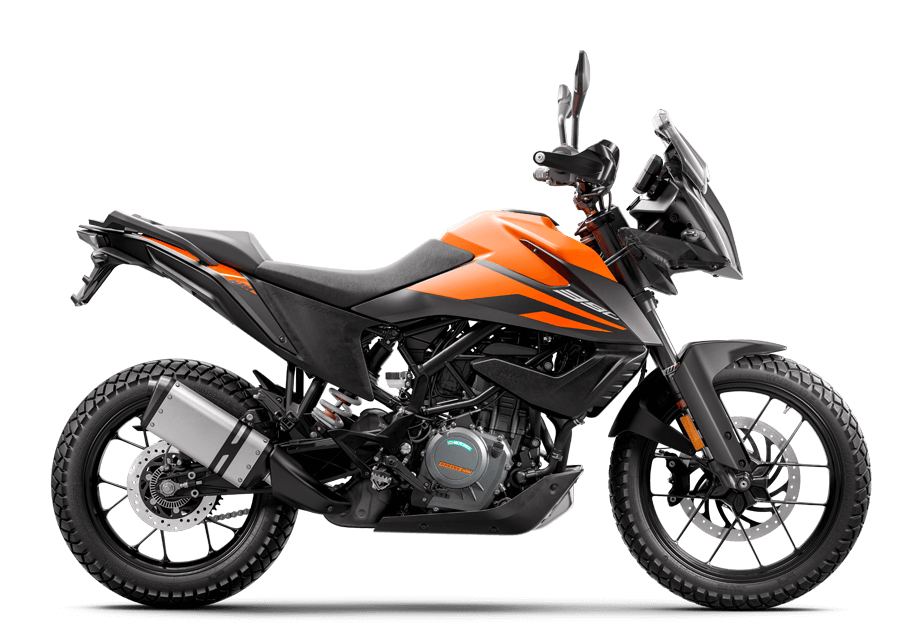 There’s been a bit of a boom in the small capacity adventure bike world, so you’ve got a few bikes to choose from if smaller capacity is your thing. There’s BMW’s G 310 GS, Kawasaki’s Versys 300, Suzuki’s V-Strom 250, Royal Enfield’s Himalayan, and Honda’s CRF 300L (and the Rally version, too). Does the KTM stand up? We’ve blagged one for a few months to find out. First impressions are good. The 390 Adventure is clearly inspired by its elder and more experienced siblings.

The size of the 390 Adventure will make you feel like you are riding a proper ADV. It doesn’t feel diminutive like many other ‘small bikes’ and if you were to stand it next to the 790 Adventure, you’d probably be surprised at how little there is in it. The seat height is a reasonably lofty 855mm, but thanks to a soft suspension set up, shorter riders should be able to get their feet on the floor without too much trouble. 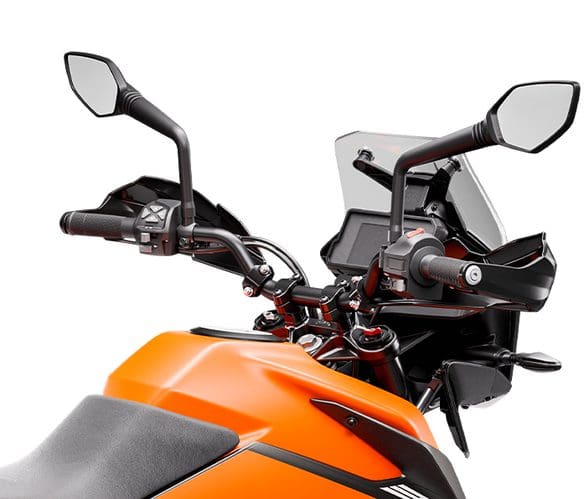 I’m reasonably tall and can get both feet planted with room to spare. The cockpit is sophisticated too, immediately quashing any thoughts that this is ‘just a budget bike’. The TFT dash offers navigation as standard (when you pair it with the KTM My Ride app) and through the easy-to-use left-hand switchgear you can turn off the traction control and select off-road ABS settings (it turns it off at the rear and dials it back a bit at the front). Away from the screen there’s a windshield with two positions (though you’ll need an allen key to change it), full-sized serrated pegs with rubber inserts, Continental TKC 70 tyres, and decent-spec WP Apex suspension.

It’s a very capable machine. The motor is a peach. You’re going to have to work the 373cc single pretty hard to make good progress, but it’s very potent, holding its own on the motorway up to around 90mph. It’ll have no trouble keeping up with bigger, more powerful ADVs, and I’ve had plenty of fun keeping up with many quicker and (theoretically) more capable machines on twisty A- and B-roads.

Okay, you’ll need to plan your overtakes carefully, but if you can maintain momentum, there’s more than enough punch to keep more experienced riders entertained. The KTM Adventure 390 is a bike that’s capable of doing it all; cruising effortlessly on motorways, keeping comfortable and in control on crowded city streets, bombing along chewed-up B-roads, getting a groove on tight twisties, and feeling at ease in the dirt.

The 390 Adventure is a serious motorcycle, and I’m a big fan. For some riders, an adventure simply involves a long slog on the motorway to get to a cool destination, whilst for others it means standing on the pegs for hours at a time churning up mud at every opportunity. KTM’s 390 Adventure can do both. Sort of.