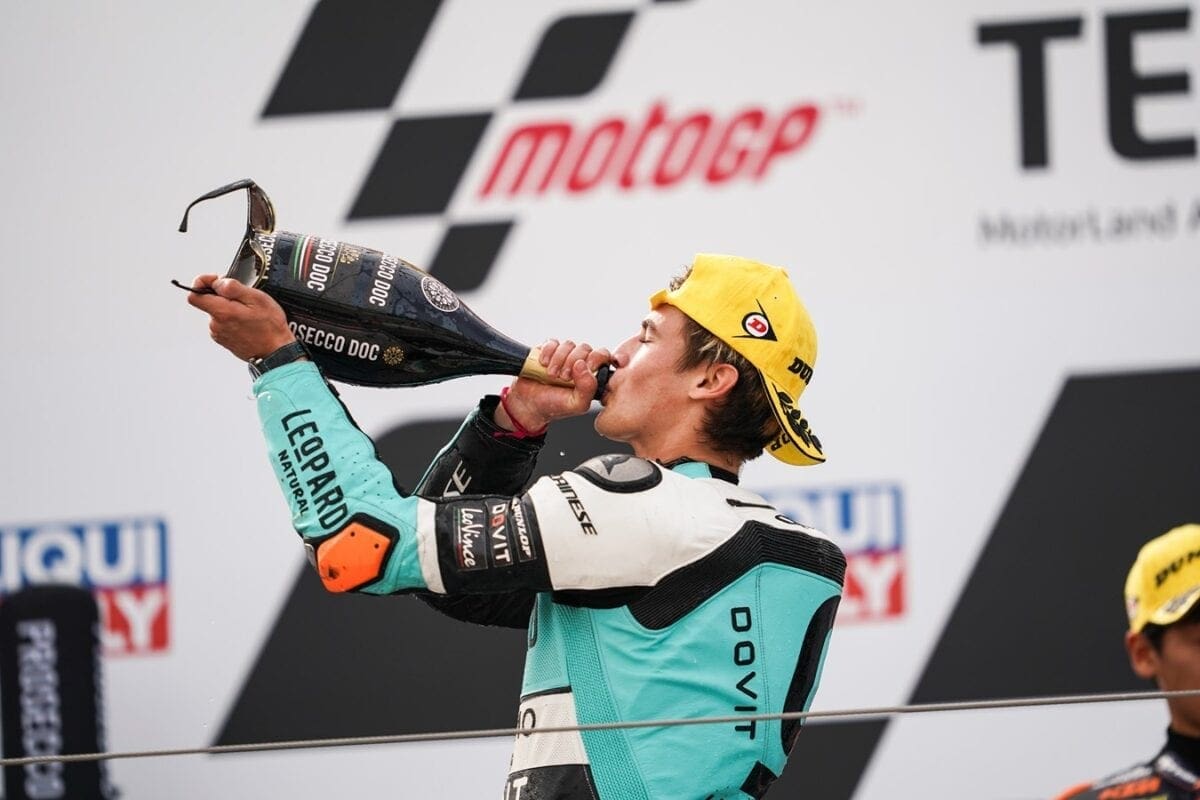 Jaume Masia on the NSF250RW took a thrilling win at the Teruel GP of the 2020 MotoGP World Championship, the 800th win for a Honda mounted rider in Grand Prix history.

Honda has written an incredible story from the first win of Australian Tom Phillis on the Honda RC143 in the 125cc Spanish Grand Prix of 1961, to today where Jaume Masia rode a masterful race to cross the line for Honda’s 800th win – a feat no other manufacturer has achieved.

It was a classic Moto3 race at the MotorLand Aragon circuit, over 20 riders in the leading group for the majority of the race. Fresh from becoming Honda’s 100th different Grand Prix winner, Masia followed up the result with another win on the Leopard Honda. The young Spanish rider produced a mature and tactical ride from seventh of the grid, leaving his run through the pack until late in the race. With three laps remaining, Masia moved into the lead but his rivals retaliated. Honda power shot Masia down the back straight to clinch a historic win. 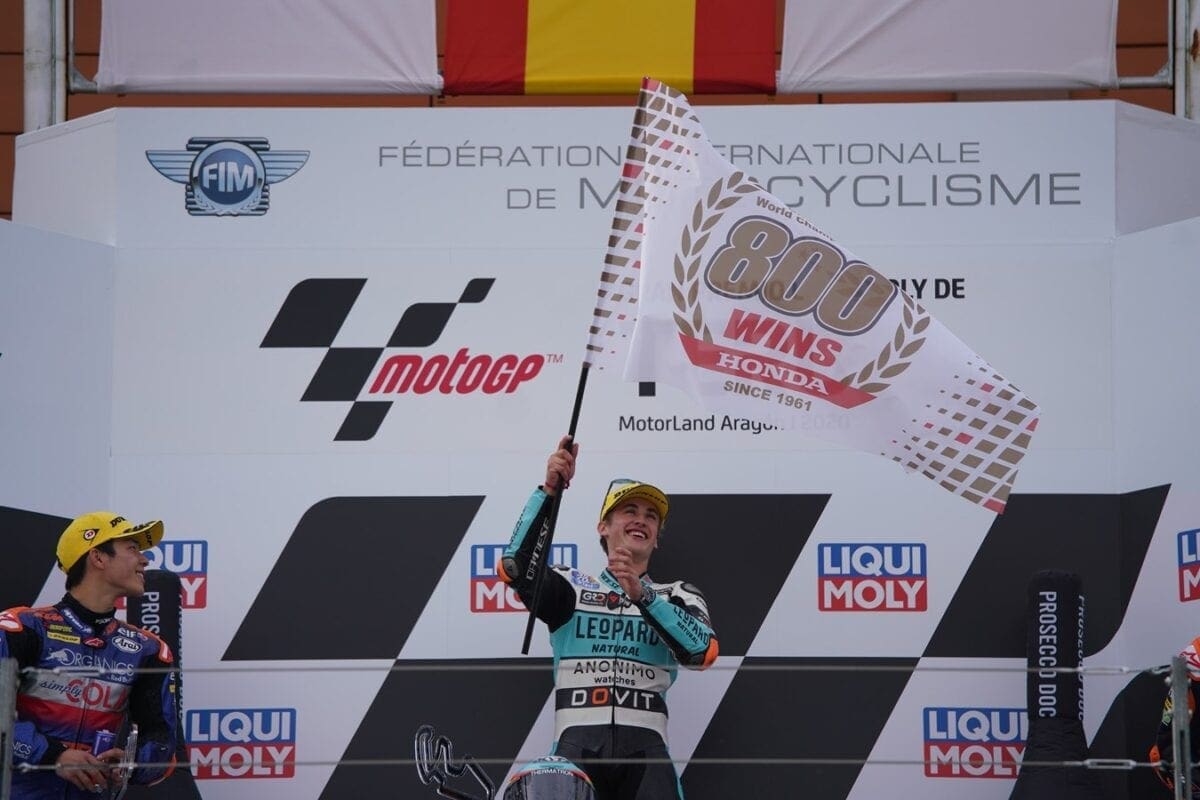 In 1954, Honda’s founder Soichiro Honda declared entry into the Isle of Man TT, the premier motorcycle racing event of the era, with the aim of becoming the best in the world. In 1959 Honda became the first Japanese motorcycle manufacturer to enter the Isle of Man TT race.

The following year, in 1960, Honda began competing in the 125cc and 250cc classes and just another year later in 1961, Tom Phillis won the season-opening Spanish Grand Prix, and a history of success and victory began.

Honda would expand its racing programme to include the 350cc and 50cc classes, victories and titles following. The success would continue until Honda paused its factory racing activities, returning to the world stage in 1979 and achieving premier class success with Freddie Spencer aboard the NS500 in 1982.

Now re-established as a powerhouse of Grand Prix racing, the Japanese factory would achieve continued success in the 125cc, 250cc and 500cc classes – Valentino Rossi taking Honda’s 500th win with a thrilling display at the 2001 Japanese GP.

A change to the four-stroke MotoGP class in 2002 brought more victories for Honda and at the Indianapolis Grand Prix in 2015, Marc Marquez clinched the 700th win. Now, on Sunday, October 25, Masia achieves yet another milestone with an 800th victory some 66 years after Soichiro Honda’s famous declaration.

Takahiro Hachigo, CEO of Honda Motor Co., Ltd said: “I am proud of Honda’s 800th FIM World Championship Grand Prix victory. I am deeply grateful to the Honda fans worldwide for their contributions to, and unwavering support for Honda’s racing activities. I would also like to thank all of those before us for their passion and dedication to overcome the countless problems and lead us from 1959 to where we stand now. Honda sees this moment as a waypoint, and will continue to fight for victory. We look forward to your continued support.” 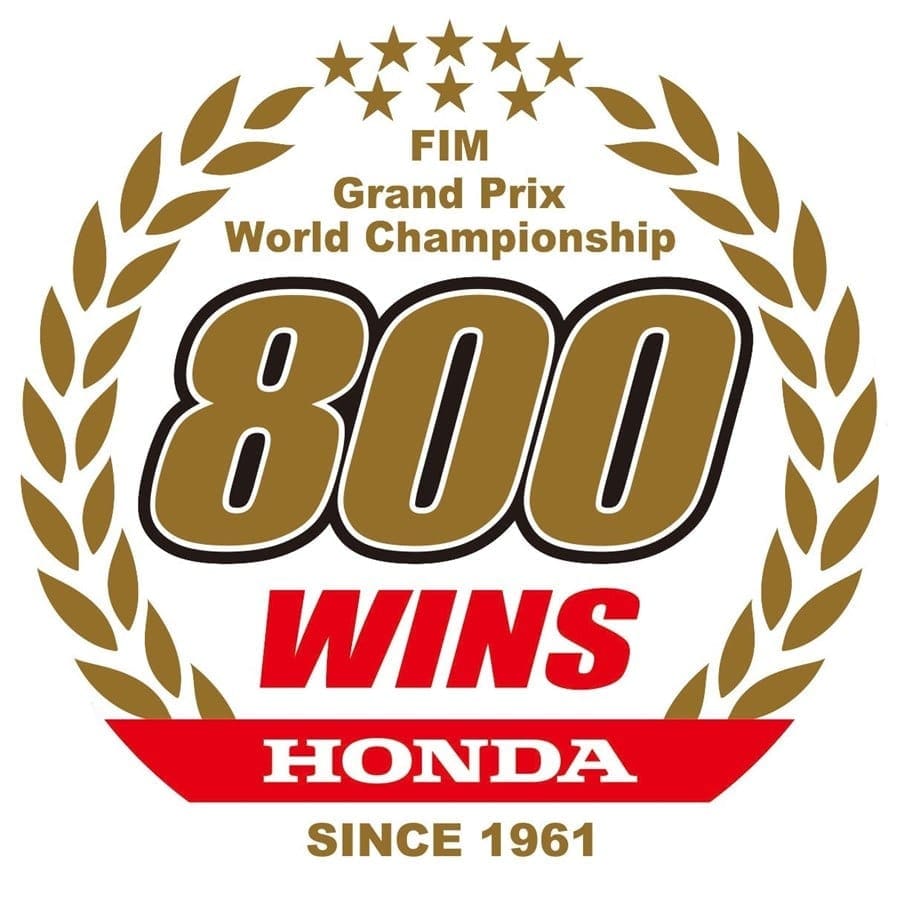