Alongside the necessary tweaks to meet Euro 5 emissions regulations, Royal Enfield has confirmed its released a range of new paint schemes for its parallel twin powered Interceptor 650 and Continental GT 650.

Royal Enfield’s retro roadsters have set the market alight since they were released into the wild a couple of years ago. They’ve consistently been near the top of the sales charts (even managing to knock BMW’s best-selling GS from its perch at the top of the UK registration numbers for a month) and it’s not difficult to see why. 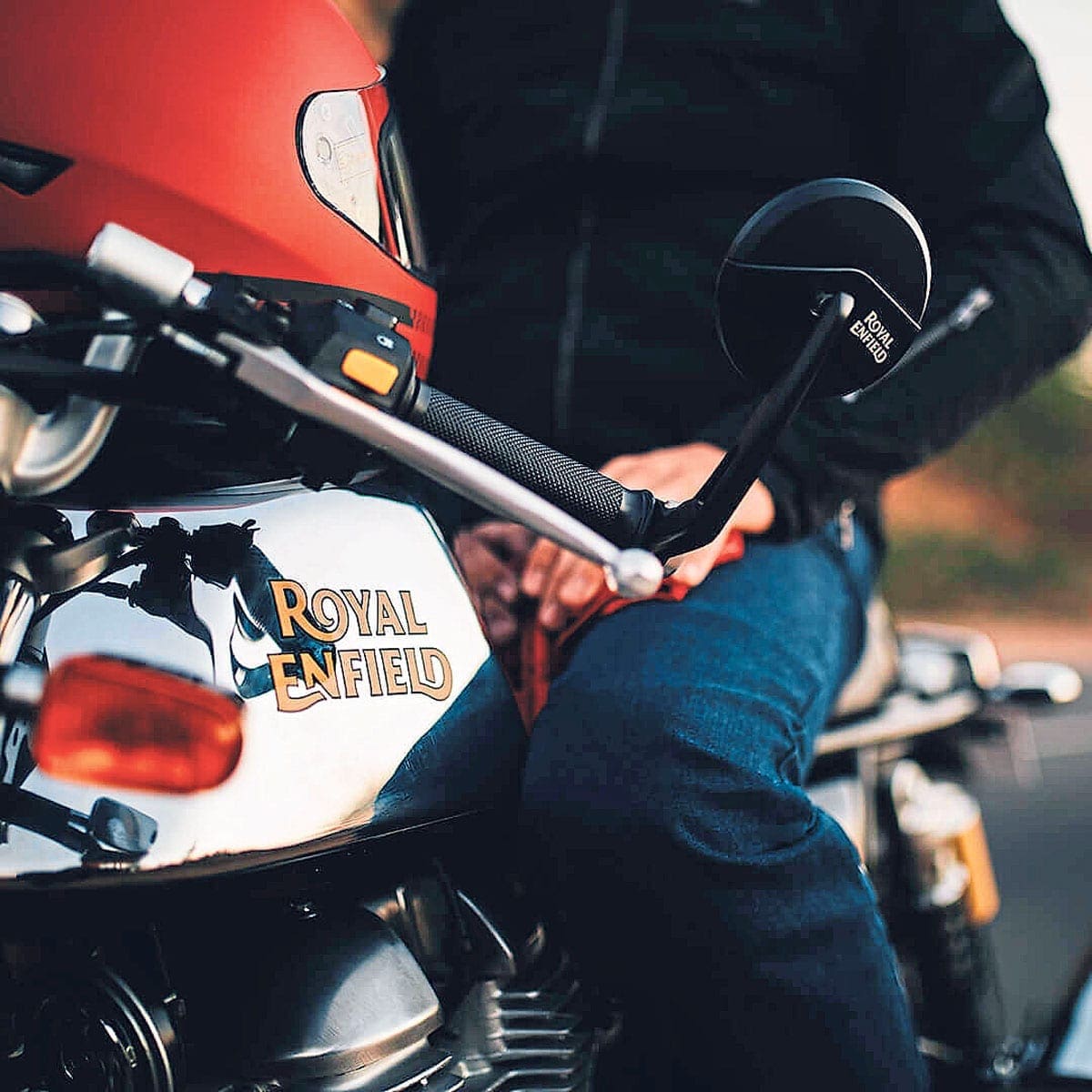 It’s competitive price, sharp retro styling and easy to maintain and modify nature are hard to ignore. But to ensure it stays at the forefront of potential punters’ minds, the Indian factory has just revealed a massive range of new colours for riders to choose from.

The main purpose of the update was to kit out the Interceptor and Continental GT with a Euro 5-compliant 648cc twin-cylinder motor, as it’s now a requirement for new bikes sold in Europe. There are no technical changes. The twin motor still kicks out the same 48hp at 7150rpm and 52Nm at 5150rpm. But that’s not what we’re most excited about. We’re excited about the choice of seven colours for the Interceptor and the five colours for the Continental GT.

For 2021, the Interceptor 650 will be available in single-colour variants Canyon Red and Ventura Blu, the two-colour variants Downtown Drag and Sunset Strip, and there’s also an updated chrome version called Mark 2. And the existing Baker Express and Orange Crush colours are also still available.