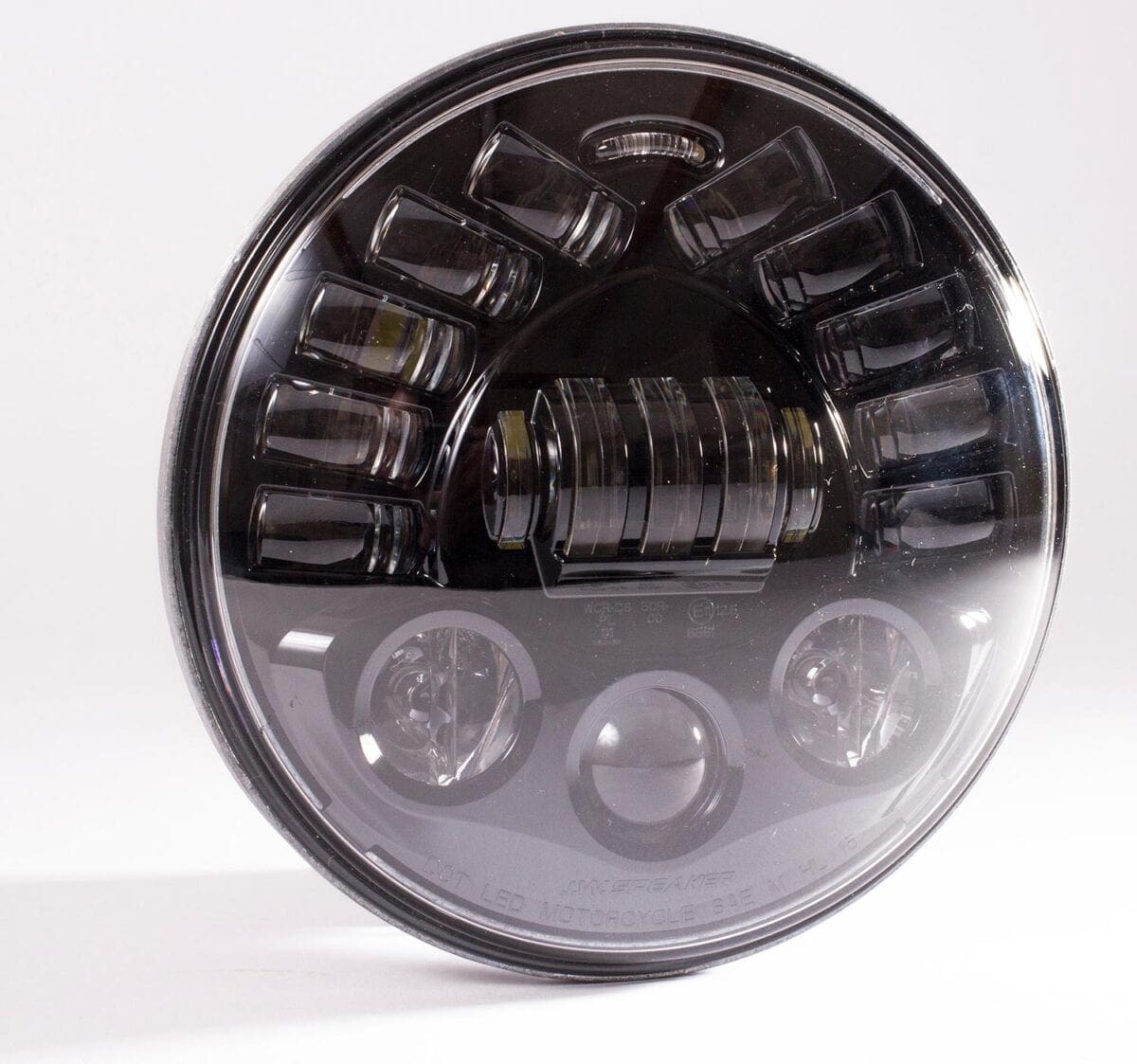 Two things annoy me at the moment. One is the performance of many motorcycle headlights, and the other is the number of people who wince at the price of this lamp, yet think nothing of spending a similar amount on a new end-can for their bike.

Whatever your opinion of the idea of loud pipes saving lives, this cutting-edge technology is probably one of the best safety investments you could make for your machine, and not just in the dark – drivers and other riders regularly double-take when they see the bright, clear LED lights in their mirror or coming towards them.

What really sets this lamp apart though is the fact that it’s a ‘cornering’ headlight. Using a solid-state gyro built into the standard-sized 7” headlamp, individual LEDs progressively light up the apex of a corner. We’ve all seen how standard lamps give an almost letterbox pattern – as you tip into a corner, the verge on the inside disappears. Disconcerting at the least, and potentially quite dangerous, fortunately we’ve started to see some new bikes with this technology built in.

But having an entirely self-contained lamp, that just plugs in place of the original, is something very new. In fact, Motorcycle Sport & Leisure magazine was the first in the UK to try one out, and having now used it for almost eight months, I can honestly say that it’s one of the most valuable bolt-on parts I’ve ever used.

Fitting to the XSR700 wasn’t quite as straightforward as it would be on a bike with a regular 7” lamp. Mobile Centre, the UK importer, sells a 5.75” version for £598.80, but this Yamaha was somewhere in between. Fortunately, the £77.99 8702 metal lamp housing fitted perfectly between the fork brackets, which just needed the holes drilling out slightly to suit the M8 mounting bolts. Once in, the it just needed plugging into the original H4 headlamp connector, then the sidelight wiring to the original lead.

In use, dip and main beam are very clean, white lights, though as is often the case with LED projector systems, the edge of the beam is quite sharp, so it’s important to set the vertical position of the lamp accurately. Without the light spill of a standard halogen lamp, the beam can drop a little too low under heavy braking if not set correctly. Of course, it’s simply a matter of twisting the housing up or down to position it.

High beam gives excellent coverage, but the cornering function doesn’t work in this mode, because the total light output would be higher than regulations permit – being a fully DOT and ECE approved headlight, you won’t have any problems when the MoT is due, or worse, with the police in countries like Spain.

The cornering illumination works spectacularly. Watch the video and you’ll notice a segmentation to the light, but in use I don’t find this at all distracting. It’s strange at first, but after a few miles it seems totally normal to be able to see the road more as you would when driving a car. The problem comes when you switch back to a traditional headlight.

I can’t recommend this enough. Yes, it’s expensive, but it’s a quality piece of kit, fully road legal, and one of the coolest-looking safety items you’ll ever invest in. 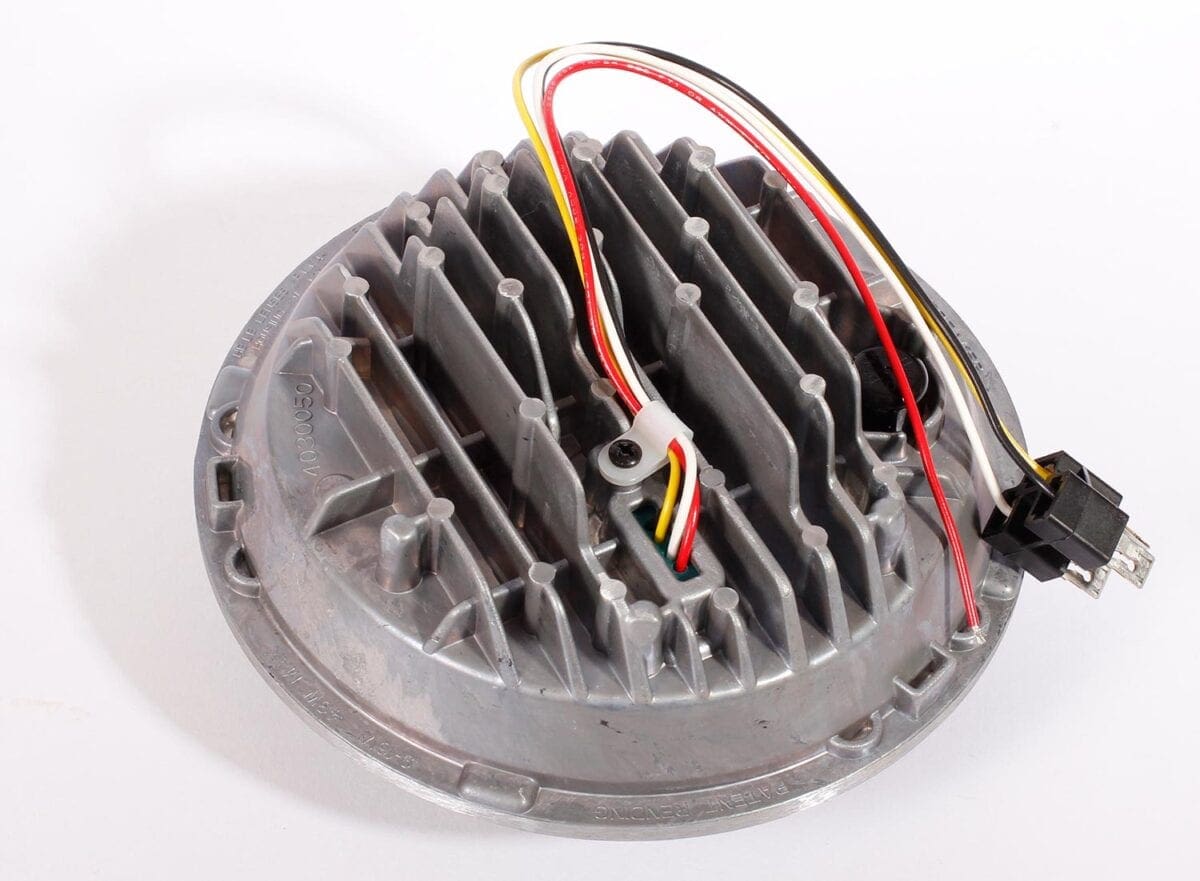 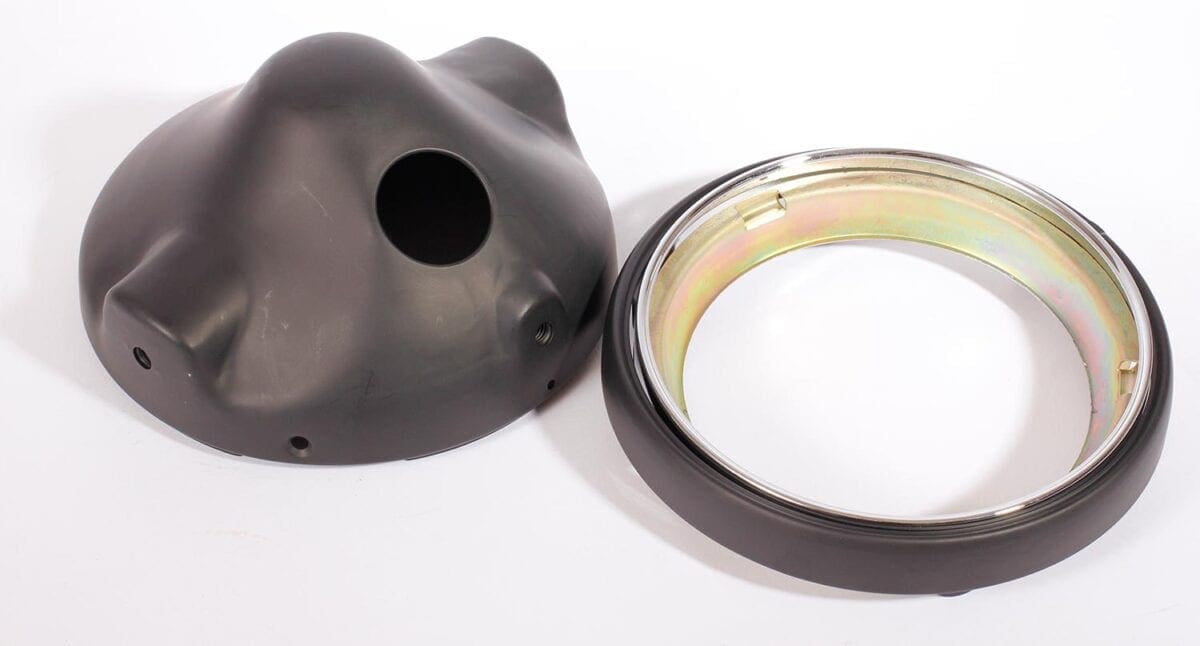