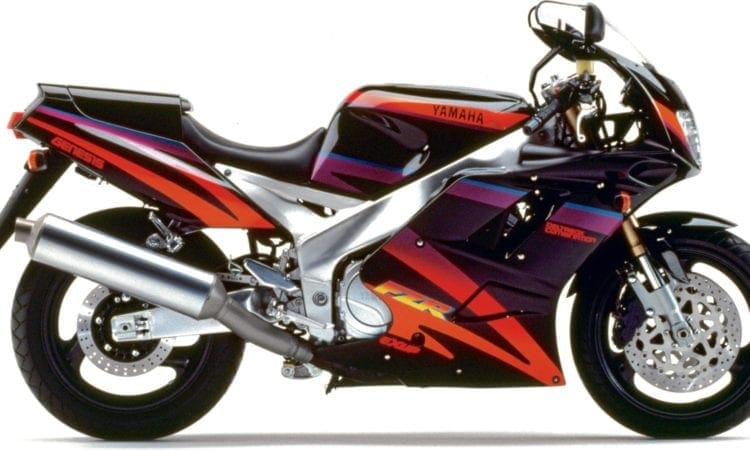 Although the last rendition of the FZR1000 didn’t change a whole lot in regards to its functionality, cosmetically, new garbs for a dated favourite saw the YZF750 ‘foxeye’ headlights implemented on to the 1994 EXUP, with much of its other features remaining consistent with its FRZ ancestors.

The FZR achieved 130bhp at the crank and 125bph at the back wheel – by today’s standards a little sluggish, but it provides enough oomph for excitement. The bike is also quite back-heavy, although this is particularly in keeping with the popular designs of the time, with a seat height of 765mm. The Kawasaki ZXR750 had a height of 760mm and many more within this period also preferred the low-slung style for sportsbikes.

The original FZR1000 super bike model launched with a top speed of 250km/h.

The newest model was named ‘Bike of the Decade’ after undergoing a host of improvements.

It had a top speed of 270km/h; an enlarged 1002cc engine; compacted sizes, including valve angles and camshaft timing; larger carburettors; a strengthened crankshaft; added midrange performance; increased power to 145bph; and an electronic exhaust valve.

Even more improvements were made to the 91 model. This included an improved chassis and bike handling; down tubes replaced with a cylinder head; as well as upside-down forks.

The final EXUP model was released with minimal improvement from the 91 version. It now celebrates 25 years since its initial launch.