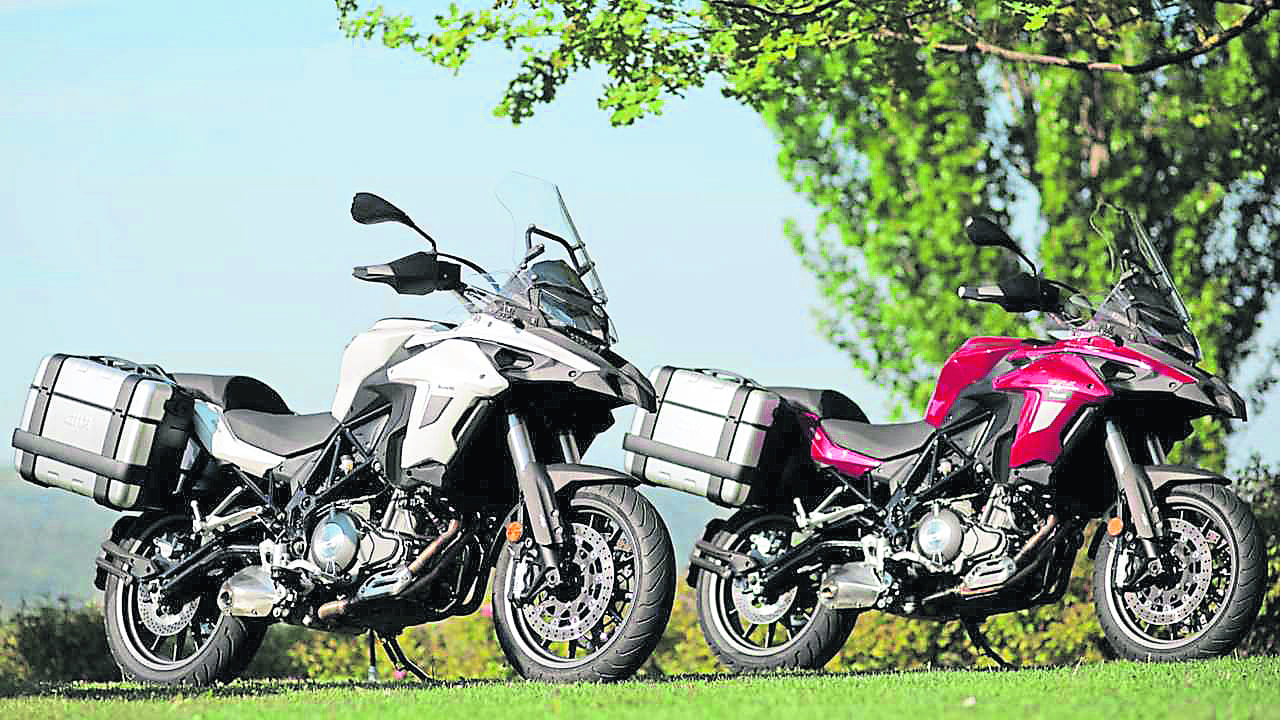 Alongside the TRK502 and TRK800, it’s reported that Benelli is planning to release a third middleweight adventure bike to its line-up.

Benelli’s TRK502 adventure bike has been a massive success for the Italian-cum-Chinese firm, managing to claim the top spot in the Italian motorcycle sales charts in both 2020 and 2021. As such, it should come as no surprise that the Qianjiang-owned firm is looking to capitalise with the addition of more TRKs.

We’ve been telling you that a larger TRK800 is on the way for months, but now it turns out that there’s another in the works: the TRK702. The new 693cc parallel-twin powered machine has been type-approved in China, where images of the bike have emerged as part of the official paperwork.

Details are still scarce, but looking closely at the images it would appear as though the 702 shares the same styling cues as the TRK800 – but from what we can see it looks to use a chassis that’s much more closely related to the smaller TRK502. Power will come from the same engine that’s currently used in CFMoto’s 700CL-X (which in turn is a reworked version of Kawasaki’s 650cc parallel twin). The documents do reveal that the bike will weigh 220kg and have 75bhp to play with.

Rumours suggest that there are four versions of the TRK702 on the way, in the form of two road-biased models with cast wheels and less ground clearance, and two more off-road ready machines withy 19-inch front and 17-inch rear wire wheels plus some taller suspension.

Interestingly, the TRK702’s paperwork refers to the bike as ‘BJ700-5’. Does that mean that there are more Benelli ‘BJ700’ models powered by the same engine in the works?

We’ll have to sit tight to find out.