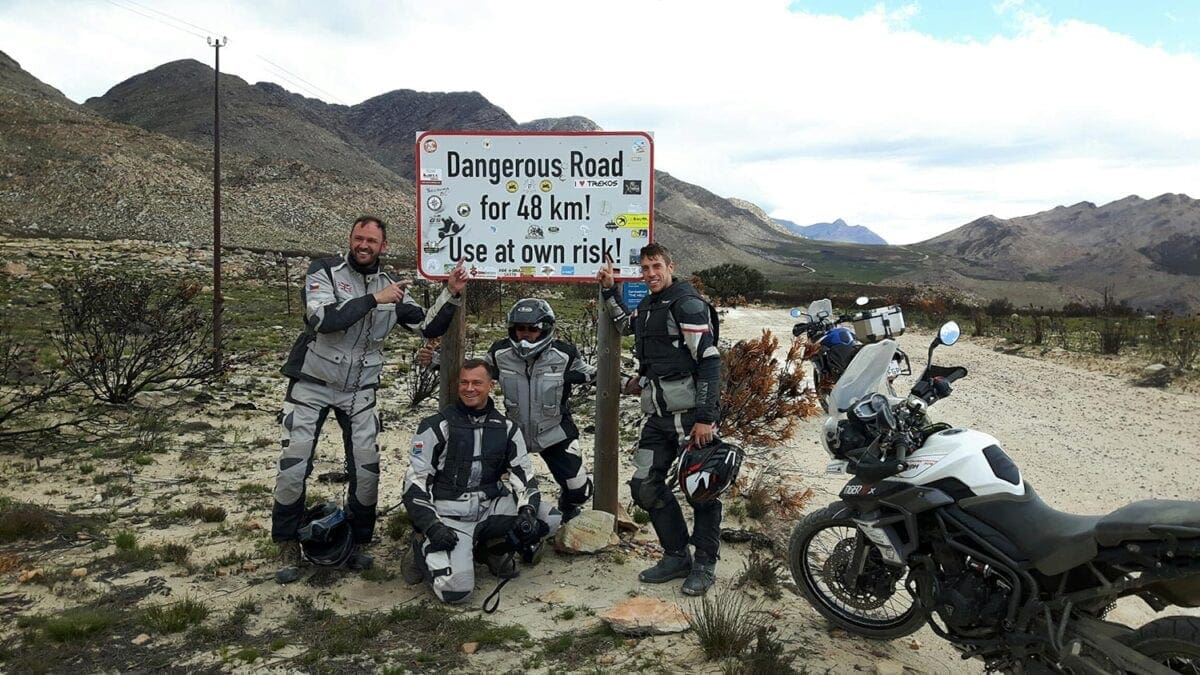 The 5.20am alarm marked the time to get up and ride out to the top of the Kynsna Heads; the perfect location to watch the sun rise warmly over the Indian Ocean below. It proved the perfect start to the day, which only got better when the grouped formed up and headed out along the Seven Passes road. As the name suggested, this section of road consisted of seven individual passes which meandered their way inland to the mountain town of George.

Within a matter of miles the Tarmac had morphed into mud and the street lamps had been replaced by towering trees within the dense forest we were travelling. We were remote once more, miles from anyone of anything. It was an experience which was becoming more normal with every ride, and the same could be said about punctures. Within twenty miles, one of the guys had fallen foul to a screw which had embedded itself into the rider’s rear tyre. Whilst the guys from the support crew got stuck in to fixing the problem, the rest of the group kicked back, sipping cool drinks at a secluded roadside bar. It’s probable we were the bar’s only customers that day – maybe even that week – which is possibly why they were so warming to our tribe of motorcyclists. In turn, we were as grateful to them for the refreshments as they were for the business. 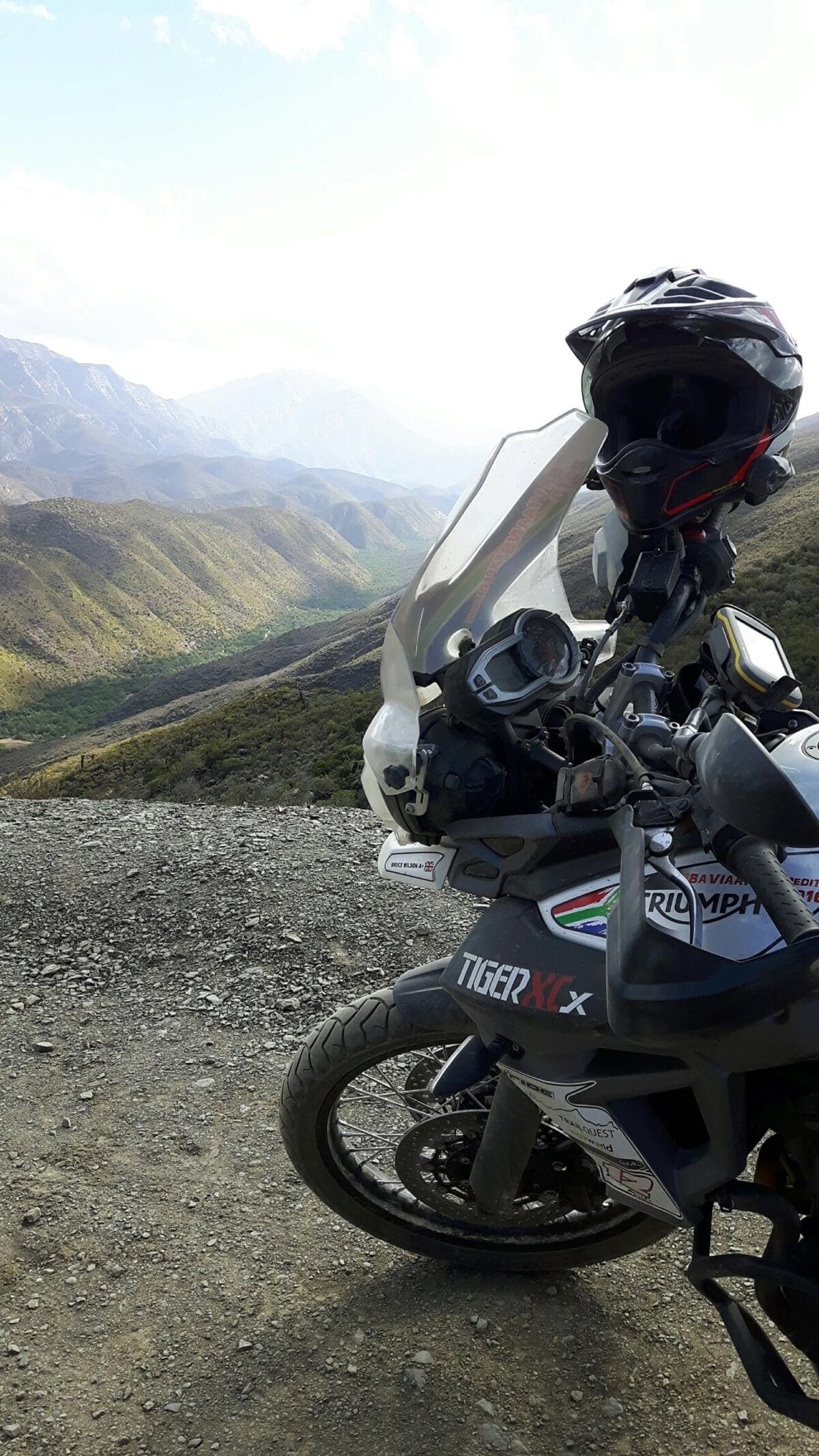 Seven passes later, we arrived in stunning George. Without time to loiter, we hit one more pass on our route towards Oudtshoorn. The winding road was exceptional and the views were too. But what blew my mind most was the transition in landscape. Having crested the pass, the geography changed from green forest land to more desert like conditions. We were now in the Small Karoo.

As well as the change in topography, the temperature changed dramatically as well. It was almost 10̊C warmer. The area we were now travelling is best known for its ostrich farms, of which there were plenty to take in. We saw thousands of the enormous birds, which ran around frantically, following the one ahead of it until that leader decided to stop and draw an end to the party. Despite the birds’ enormous size, it’s said their brain is around the size of a pea – which was believable.

In the early afternoon we arrive at a place called the Swartberg pass. It was a sheer sided trail road that led out to a place called Prince Albert – but that’s not where we were headed. Around 20km into the winding gravel route, we branched off down a tiny, rutted and ominous looking path. This was the road to Hell, quite literally. It’s a long story, but the 48km route ahead of us was built in the 1960s to give access to one of South Africa’s most remote settlements – ‘Die Hel’. Rumour has it that it was established by roaming farmers in the 1700s and was totally self-sufficient. It was only during the Boer war escaping soldiers discovered the remote valley, which had a population of around 120 people.

The trail was long, technical and edgy, with the final descent into the remote valley being pretty nerve racking. Not only was there no chance of getting an ambulance down the trail, there was no way of calling one either. It was a sobering thought, and that vulnerability stayed with me that night as we sat by around a boma (open fire) and cooked meat on a braai (bbq).

When the access road had first been built, many of the settlements’ inhabitants had left the site to see the new world. Consequently, their houses became lodgings for visitors. And it was in one of these small, improvised and eerie houses that we were set to stay the evening. But to get back to our place of rest meant a 200m walk through the wild valley, which was rife with baboon, scorpions, snakes and other dangerous animals. In short, we were really grateful to the support guys from Nav World who let us hop in the back of their pick-up truck and drove us to our front door. It had been a long day, and my restless night was to make it even longer.