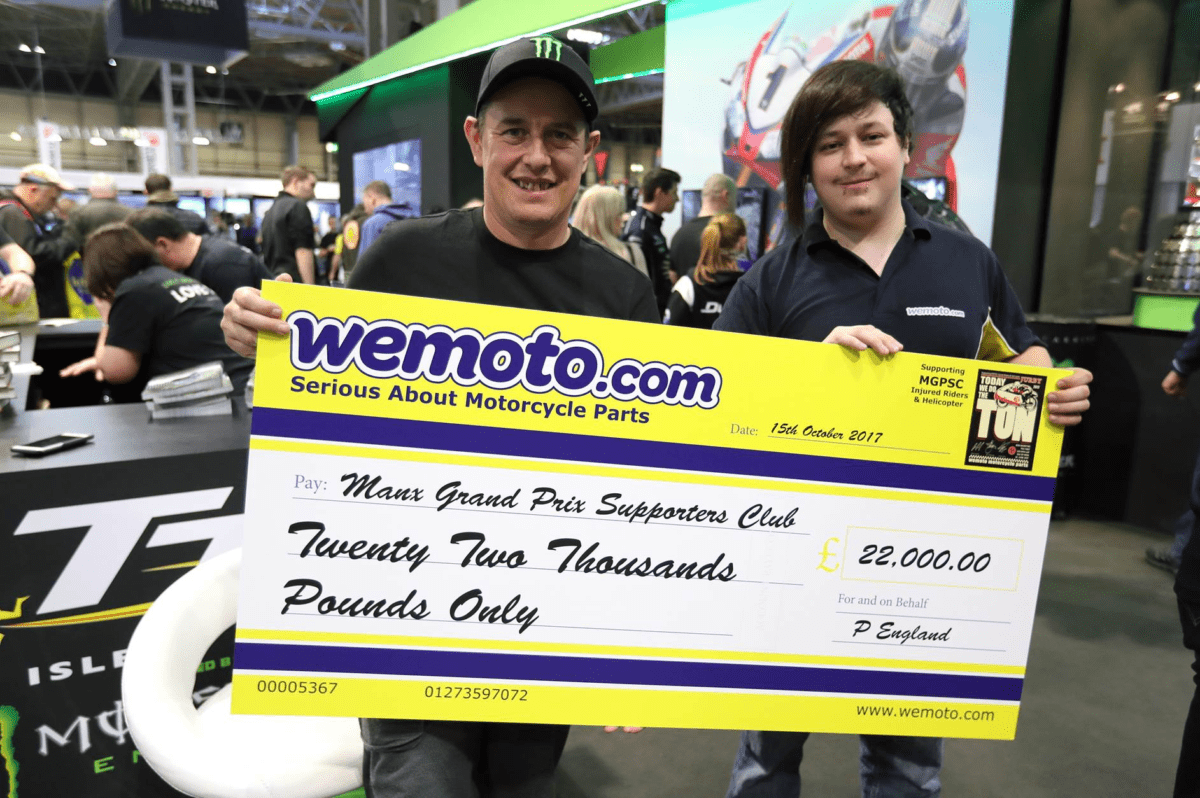 On Sunday, 26th November at Motorcycle Live, a £22,000 cheque was presented to the legendary John McGuinness, on behalf of the Manx Grand Prix Supporters’ Club. The money, raised by Wemoto, will go towards funding the club’s life-saving helicopter ambulance and injured riders support on the Isle of Man.

The Manx Grand Prix Supporters’ Club provides a rescue helicopter on practice weeks and race days during the Manx Grand Prix. Complete with medical staff and equipment, it is able to access otherwise hard to reach parts of the TT course. And in a matter of minutes.

Wemoto has completed its third year of raising money for the MGPSC. It does so by designing and selling limited edition t-shirts, the profits of which go to the charity.

The t-shirts celebrate the Festival of Jurby, which takes place on the Isle of Man every August. This year’s design marked the 60th anniversary of Bob McIntyre becoming the first man to lap the 37.73-mile Mountain Course on the Isle of Man at over 100mph.