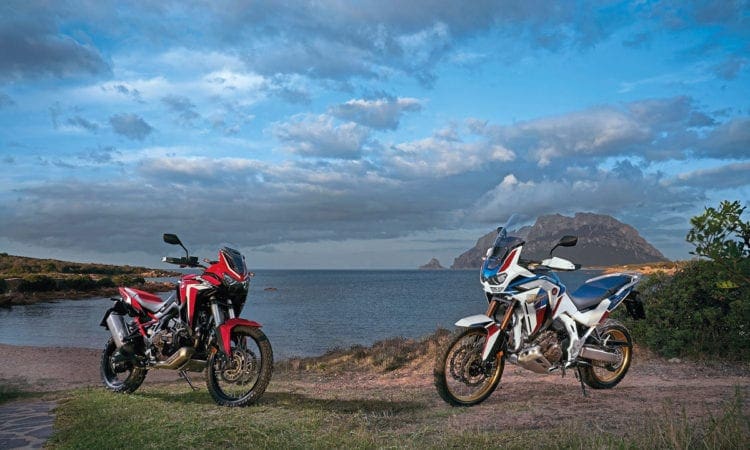 In the brand new December issue of Motorcycle Sport & Leisure magazine, we head to Sardinia to see just how well they went on the road and the rough stuff.

Alongside the semi-active suspension, the headline news for 2020 is the bike’s new engine. It’s now a 1084cc unit, which is (a little bit) more powerful than the old one, kicking out 100.5bhp and 77.5lb-ft of torque.

It’s got plenty of power as far as I’m concerned – even though there’s quite a bit less than its most obvious competition. There’s more than enough in reserve to tank along in excess of a ton, and Honda has worked hard to make the power much more freely available right through the rev range from 2,500rpm. It pulls extremely well.

There’s some clever stuff going on to help achieve that, including a new cylinder head, a new throttle body with improved flow, new valve timing, and a new exhaust profile and exhaust control valve.

Check out the in-depth full feature in the December issue of Motorcycle Sport & Leisure – on sale now.